Recently, Clean Water Action, the only environmental advocacy group to endorse in this race has thrown their support behind Julian. In addition, the Coalition for Social Justice, SEIU 509 and the Massachusetts SEIU State Council have all endorsed, which is an incredible honor. With the addition of these organizations, we now have strong support from the same coalition that helped Dan Wolf win his race for State Senate in 2010! 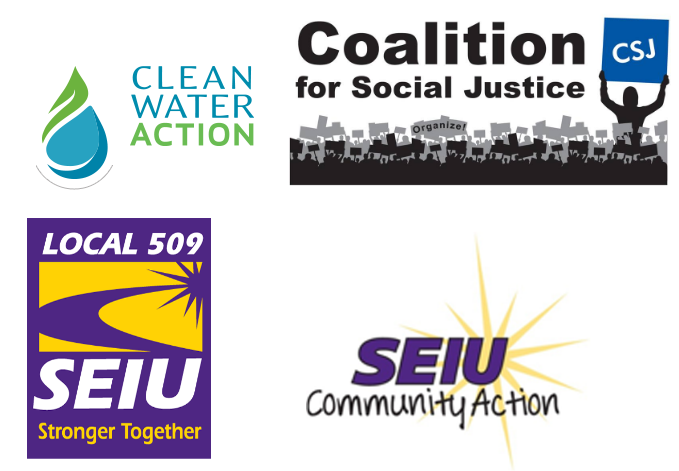 Cyr is most experienced of Senate candidates

One of the great aspects of running for office is the people you meet. Benita Pierce is one of my favorite people I have met this year. Benita's family has lived in West Yarmouth for generations, and she has been an active volunteer for my campaign. Thank you for submitting this letter to the editor.

My family has lived in West Yarmouth for generations — and I’m so proud to be a daughter of Yarmouth and the Cape. But we have challenges — protecting our environment and our drinking water and protecting our people from drug abuse and rising costs (of everything!).

I know the leader to help us navigate these challenges: Julian Cyr, who is running for the state Senate. Julian is intelligent, compassionate and full of ideas for the Cape’s future. Like me, he’s a Cape native who knows what it means to be a year-rounder. And he has the most experience of any candidate running. Julian has worked on six state budgets and has six years of experience at the Massachusetts State House. His opponents will need a map to find their way around if they’re elected, Julian won’t. We can’t afford time for them to get up to speed, Julian will be ready on day one.

I say, vote for the candidate who is grounded in Cape values and knows how to get things done on Beacon Hill. What an unbeatable combination! I encourage readers to join me in voting for Julian Cyr for Senate in the Democratic primary Sept. 8. More information is available at www.juliancyr.com.

Cyr has both experience and intellect for Senate

My great friend and longtime Wellfleet resident Terry Gips wrote this letter to the editor in support of my campaign. Thank you Terry!

Julian Cyr is the best candidate to follow Dan Wolf at the state Senate for the Cape and Islands District.

He knows the varied voices and needs of the communities from Provincetown to Barnstable, to Martha’s Vineyard and Nantucket. He knows what it’s like to grow up and go to school here, to work in a local family business. He enjoys listening, learning the facts, bringing people together and taking action that will give results.

I worked side by side with him as he led efforts on the Cape in the election campaigns of President Obama, Gov. Patrick and Sen. Warren. I’ve seen Julian use both his university and day-to-day experience to move into positions of great responsibility at the state level. He learned the intricate process of getting legislation through the Senate and Legislature — understanding the protocols and the people. Julian is a “people person”: always thoughtful, open and respectful. He has the patience to learn, the intellect to see the big picture and the capacity to move from idea to action.

I urge readers on Sept. 8 to vote for Julian Cyr for state Senate.

Check out this write-up from the Barnstable Register on the recent League of Women Voters debate.

Thank you to Lydia Vivante, Chair of the Wellfleet Democratic Town Committee for submitting this letter to the editor in support of Julian.

Readers very likely ask how we can get young people involved in civic issues and public life. Here's how: by electing Democrat Julian Cyr to the state Senate.

Julian Cyr is a creative, progressive and highly organized leader. He and his team work hard, and they communicate easily with people of all ages and backgrounds.

Our district leads the way in LGBTQ grass-roots activism. Together we can make local, then national change. Just look at marriage equality movement: It starts with an inclusive, community-based approach to solving problems.

I believe Julian will build on the civic, environmental and cultural successes of outgoing Sen. Dan Wolf.

Julian’s opponents offer a more conventional approach and have so far not made much progress on the critical issues we face: opioid treatment and prevention, year-round housing, protecting the health of our environment while developing the blue/marine economy.

Julian — born in Truro, educated in the Nauset schools and at New York University — has national and local experience; he is a public servant who lives and works for Cape Cod, Martha’s Vineyard, and Nantucket. I encourage readers to vote for Julian Cyr in the Sept. 8 state primary.

Cyr has solid proposals to invest in education

Take a moment to read this letter to the editor from Susan Fleming, former Superintendent of Schools for Truro and Provincetown.

I strongly support Julian Cyr as our next state senator. He brings a depth of experience in the workings of state government and a strong commitment to quality of life for all on the Cape and Islands.

Julian Cyr is the best candidate for education. Julian has strong proposals to invest in early education, district funding and community college. He opposes raising the charter school cap and believes in investing in all schools. Over the years, he has established relationships on Beacon Hill to effectively advocate for quality schools and to ensure that state school funding supports the Cape and Islands equitably.

I remember that in 2002-03 Nauset School District was facing a budget gap that would have resulted in elimination of over 40 teaching positions. Student advocates, under Julian’s leadership, drafted, paid for and mailed a newsletter to taxpayers explaining the dire situation. As a result the towns successfully passed overrides and prevented the cuts.

We could have no better advocate for quality public education than Julian. I ask all to vote for Julian Cyr for state Senate in the Democratic primary Sept. 8.

— The writer is former schools superintendent for Provincetown and Truro.

Video of the League of Women Voters Debate in Yarmouth

You can watch the video of the debate here. Thank you to the League of Women Voters of Cape Cod, the Cape & Islands Democratic Council and the Yarmouth Democratic Town Committee for organizing this debate. And thank you to Tim McCarthy and the Lyons campaign for taking this video.

Julian recently participated in the Nantucket democratic candidates forum. You can watch the video online here.

Take a moment to read this letter to the editor from Lu Matrascia and Joanne Benyo of Yarmouth Port. Also online on the Cape Cod Times website.

We are so excited to support our friend Julian Cyr for state Senate.

Julian grew up working in his family’s restaurant, and he knows that a thriving Cape depends on a prosperous local economy. In the summer of 2013, an outbreak of vibrio bacteria threatened to shut down the oyster harvest in Cape and Vineyard waters. Julian pushed back against the federal government and worked with members of local industries, collaborating on an approach that maintained public safety while minimizing the economic burden of the outbreak on small businesses. He found common ground and brought all the parties together to solve the problem.

As small business owners, we want a state Senator who knows how to regulate to keep our families safe and healthy, but also understands the struggles that a business owner faces.

Julian is our best choice for state Senator. We ask you to vote for Julian Cyr for state Senate in the Democratic primary on Thursday, Sept. 8. Go to www.juliancyr.com to learn more about Julian.

Julian recently debated his opponents on Martha's Vineyard. Watch the full video of the debate online here. Julian spoke about the challenges facing the shellfish and aquaculture industry, the opioid crisis and taking action on climate change.