Cyr, Committed to Arts Funding Since His Start in Community Organizing

“Support of these organizations makes good economic sense,” Cyr said. “The multiplier effect of economic activity associated with arts and culture is well established. Our region is a desirable destination not simply for our natural beauty, but for our vibrant creative sector.”

TRURO – Cape and Islands State Senate Candidate Julian Cyr has announced two endorsements as he seeks his party’s nomination for the seat this fall.

The Massachusetts Organization of State Engineers and Scientists, or MOSES, and the national Gay and Lesbian Victory Fund have announced their support of the Truro democrat.

Officials with MOSES cited Cyr’s support of labor as one of the reasons for their endorsement. The Gay and Lesbian Victory Fund works to elect openly LGBT candidates to public office."

HARWICH -- CNN and Fox News have nothing on Monomoy High.

The Senior AP Government Studies class hosted a Cape and Islands Senate seat debate Tuesday that featured all five candidates, Republicans and Democrats. That’s something neither news channel ever pulled off and the debate ran smooth and sharp with candidates limited to one-minute answers. That led to too many queries and answers to go into here but Democrats Julian Cyr, Sheila Lyons and Brian Mannal and Republicans Anthony Schiavi and Jim Crocker all got a chance to make their points.

Click here to read more at the Cape Cod Times...

Julian was recently interviewed at the CIDC's Jefferson Jackson Dinner

Cyr, of Truro, who left his job as a policy director at the state Department of Public Health to pursue his campaign, announced the endorsement Tuesday.

“I think Julian and I represent a new generation of leaders here on the Cape, at a particularly important time when we have a rapidly aging population,” deRuyter said. “I’m interested in seeing this seat remain with the Democratic Party. When I look at the field of candidates, I believe Julian is the most well positioned to succeed in the general election."

The best way to get to know Julian is to come to a house party. Sign up for the email list here to be notified when one is coming up in your area.

Never been to a house party before? Here's what it's like, from a recent article in the Cape Cod Times:

On Saturday, about 40 people gathered at the Brewster home of Marie Hartley and Laura Gill for a campaign event for Truro Democrat Julian Cyr. Cyr shook hands with voters and made a short speech, as Petunia and Clover — a pug and a mutt — wandered among the crowd. 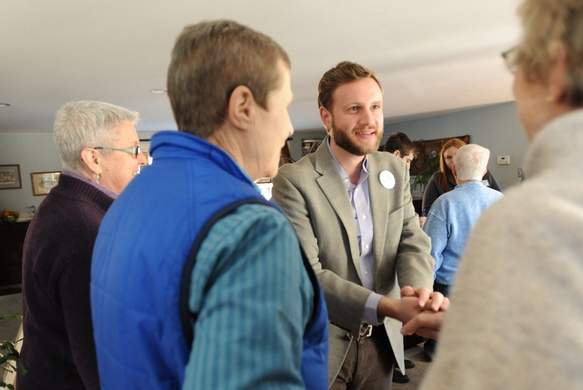 Informal gatherings where citizens can talk and ask questions about the issues that matter most to them - a wonderful way to get informed this election season.

Watch Julian at the Cape and Islands Democrats Candidate Forum

The first candidate debate of the election was held in Dennis on Martin Luther King Jr. Day. Julian made the case that his combination of experience, passion, and conviction makes him the best choice for the next State Senator from the Cape and Islands. 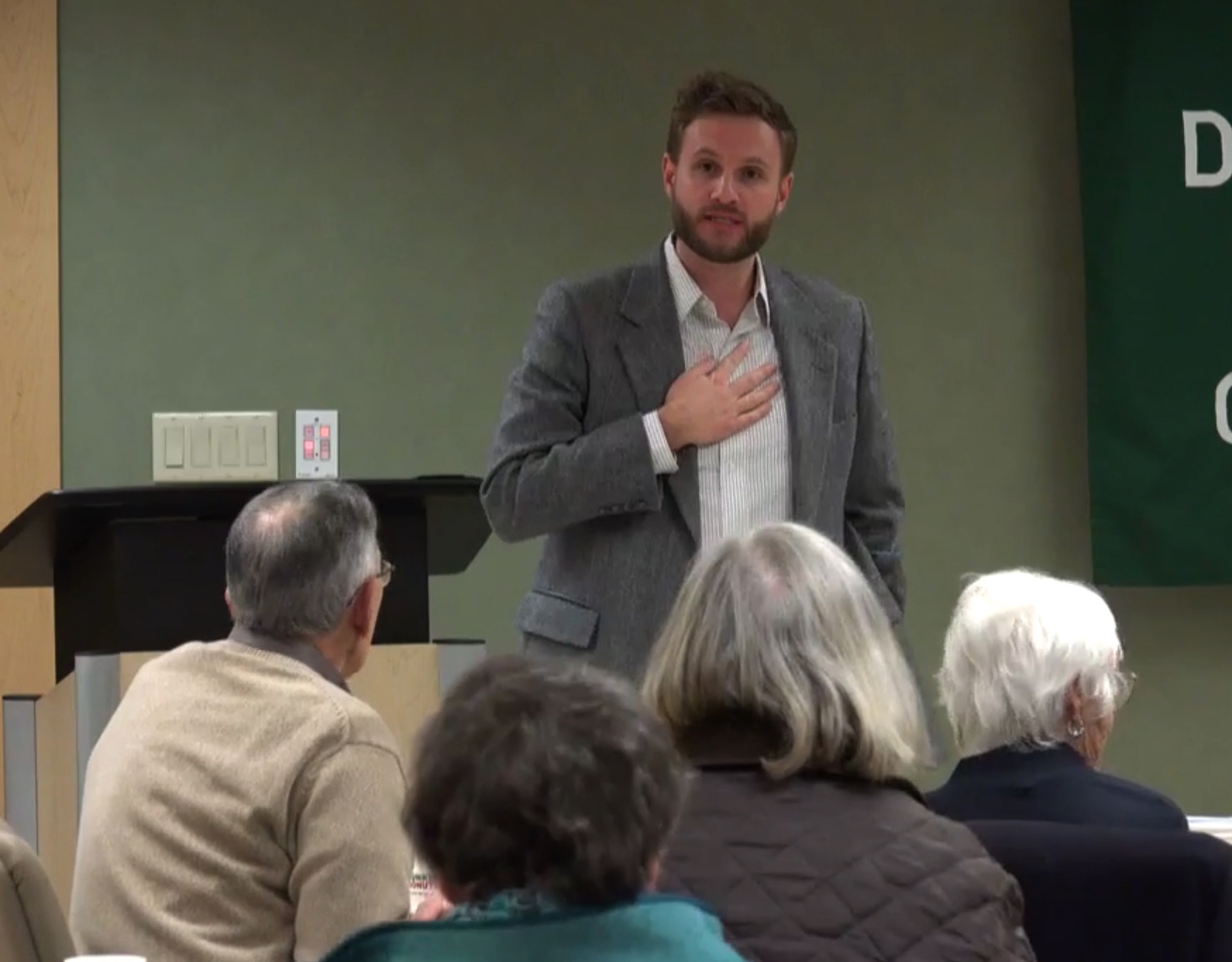